The First World War, often called The Great War, was an enormous and devastating event in the early 1900s. Over 17 million people were killed and it had a massive effect on politics and countries all over the world. But why did the First World War happen and what caused it?

The start of the 1900s in Europe was a time of peace for many. In most places, wealth was growing and people were comfortable and countries were thriving. 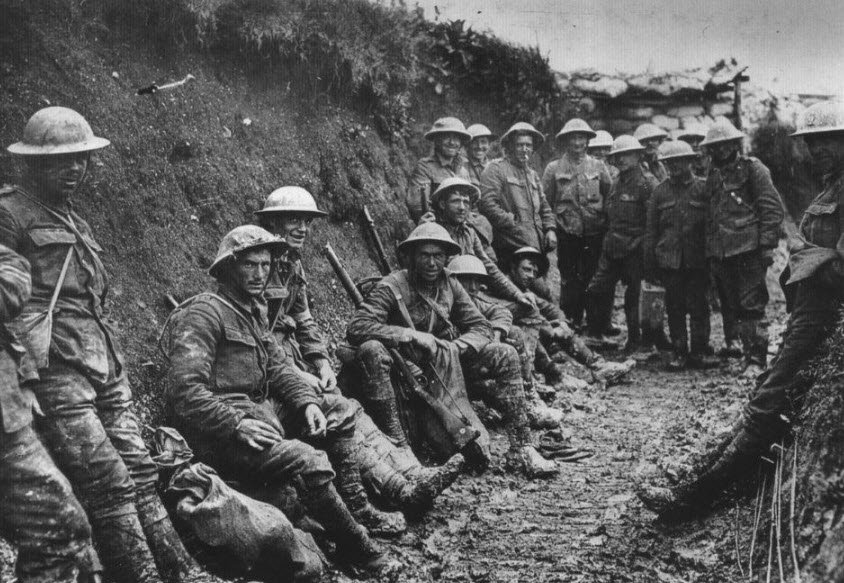 At this time, some European countries, mainly France and Britain, owned and controlled countries in Asia and Africa, as well as some areas of other continents. This was because these countries helped to improve the wealth of Europe.

Before the First World War, many countries were allies with one another and they had defence treaties. This meant that if war was declared on one of the countries, the other members of the alliance had to go to war to help them. There were two main alliances, one between Britain, France and Russia called ‘The Triple Entente’ and one between Germany and Austria-Hungary called ‘The Central Powers’.

One of the reasons for these treaties was that, during the early 1900s, each country wanted to be the most powerful. Germany in particular, who did not control many territories, began building warships as they wished to become the most powerful country.

At this time, Britain saw what was happening and also began to spend lots of money on building large war ships. As more and more European countries began spending money on ships and armies, they decided to create these treaties to help defend one another if there was ever a war.

1. When did the First World War begin for Britain?

2. Where was the first major battle and how did it begin?

The Battle of the Mons in Belgium was the first major battle when the BEF came across German troops and battle began.

3. What was life like in Europe before the First World War?

It was a time of peace and growing wealth for many.

4. What does it mean that Archduke Franz Ferdinand was heir to the throne?

Heir to the throne means that he was going to be king.

5. Why did some European countries start to build war ships and create armies?

They started to build war ships and create armies because they wanted to be the most powerful of the countries.

6. How was the assassination of Archduke Franz Ferdinand an important event in the start of WW1?

The assassination of Archduke Franz Ferdinand was an important event because it led to Austria-Hungary declaring war on Serbia, and when Russia sided with Serbia, Germany declared war on them, this meant France and Britain also became involved because of the Triple-Entente treaty.

7. Why do you think Germany wanted to become powerful and began to build warships and an army?

Germany did not own many countries, but Britain and France did and this made them more powerful. Germany wanted as much power as them so began to build war ships and create armies.

8. Why did Britain have to enter the war?

9. What was the name of the treaty between Britain, France and Russia?

The treaty was called ‘The Triple-Entente’.

10. What do you feel is the main reason Britain entered the First World War? Why do you think this?

Pupil’s own response with justification from the text.

11. Where did Britain and France own other countries?

Britain and France owned other countries in Asia and Africa.

12. When was Archduke Franz Ferdinand assassinated?

100 Most Important Geography Questions You Need To Know

40 Questions To Test Your Skills on Biology

12 Questions About First World War You Need To Know