Whether you’re networking, at a business lunch, on a sales call, or negotiating a deal, using body language effectively can help grow your business, a topic which we will explore throughout this article.

It’s no surprise that those who have mastered this skill are among the most successful people in the world today. You will learn about body language in general before we dig into the business tips!

A lowered head covers the neck with the chin and can be a defensive posture as a result of a perceived threat. When we lower our heads, we also lower our eyes, which is interpreted as a sign of submission.

It can be driven by affection (i.e. flirting) or fear (i.e. cautious, suspicious, lack of trust). Sometimes, a lowered head can be seen as a sign of exhaustion since the head is heavy and a tired personls head will sag. 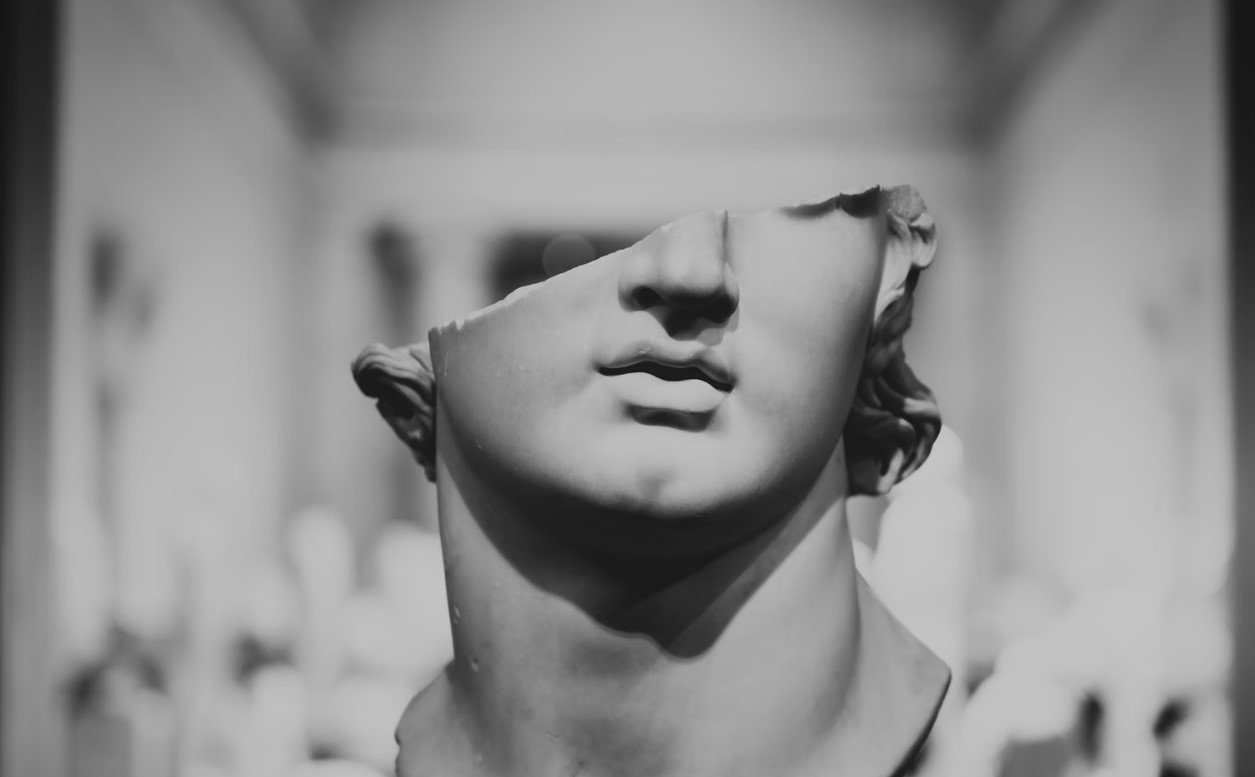 A single short lowering of the head can be an abbreviated nod, such as a greeting or used to convey agreement.

When the head is low, raising it may be a sign of interest and is usually accompanied by other expressions of interest, such as raised eyebrows. From a level position, a quick flick upwards can be a sign of query, i.e. “What do you mean?”.

A nod emphasizes a point, which can range from a subtle encouragement to agree to a rapid and aggressive tilt.

The head often moves when we speak and can express engagement, but nodding excessively does not demonstrate authority and power. Keep your head still to project authority—you do not want to look like a bobblehead.

Facial expressions are one of the most important aspects of body language. They are the positions of the muscles on the face used in conveying our emotional state. 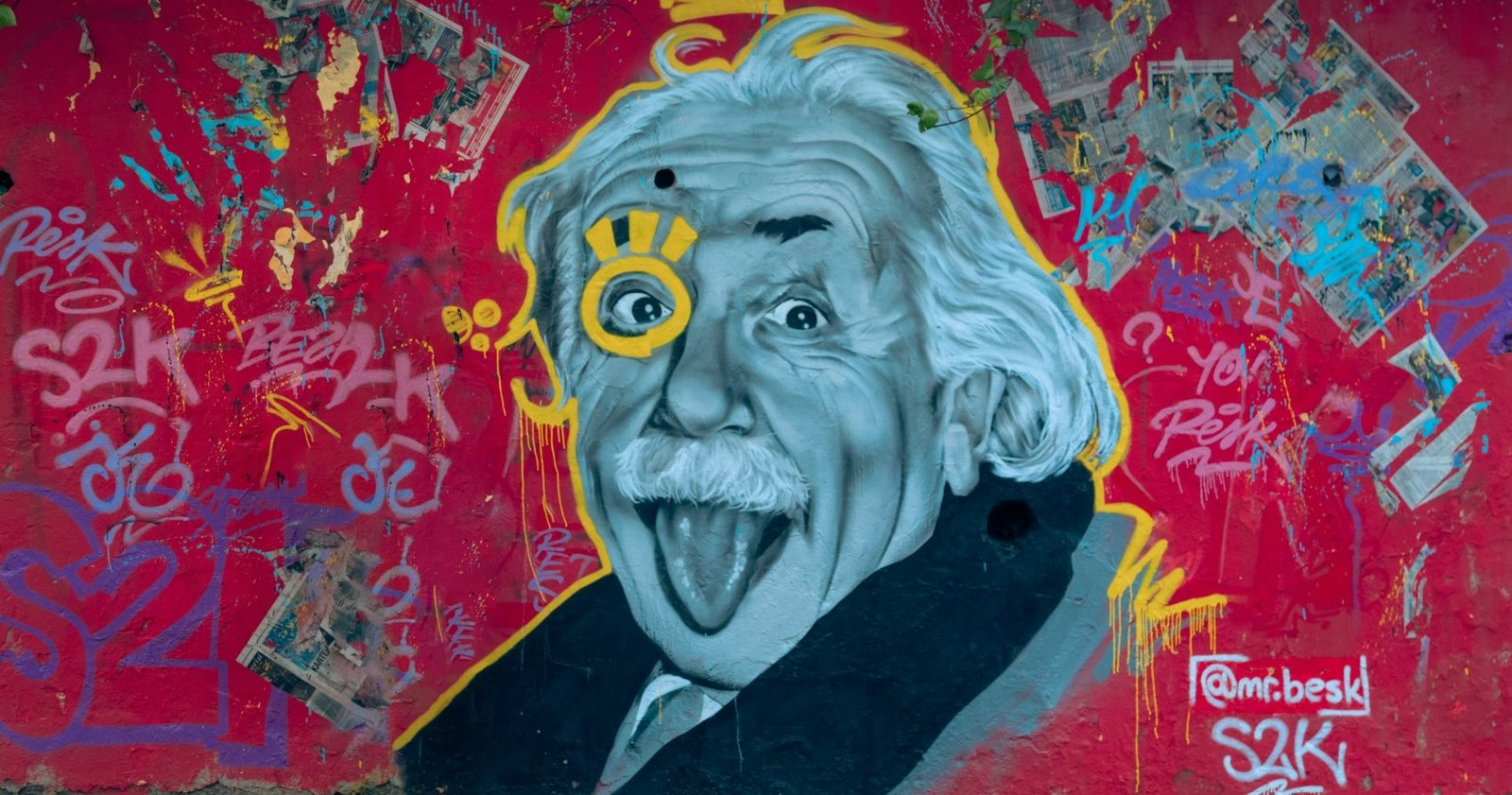 We have around 50 muscles in our face. Regardless of race, age, culture, religion, education, or gender, we as humans all express our basic micro expressions the same way.

For you to be a very effective communicator—which is an essential skill as a business owner—you must develop the skills to detect these micro expressions.

You’ll be able to pick up more on how others are feeling—and often know exactly what they’re thinking, without them saying a single word. Of course, it’s useful to be aware of your own micro expressions, too!

According to an experiment conducted by psycholinguistics, Judith Holler and Geoffrey Beatie, hand gestures can increase the value of your message by 60%! 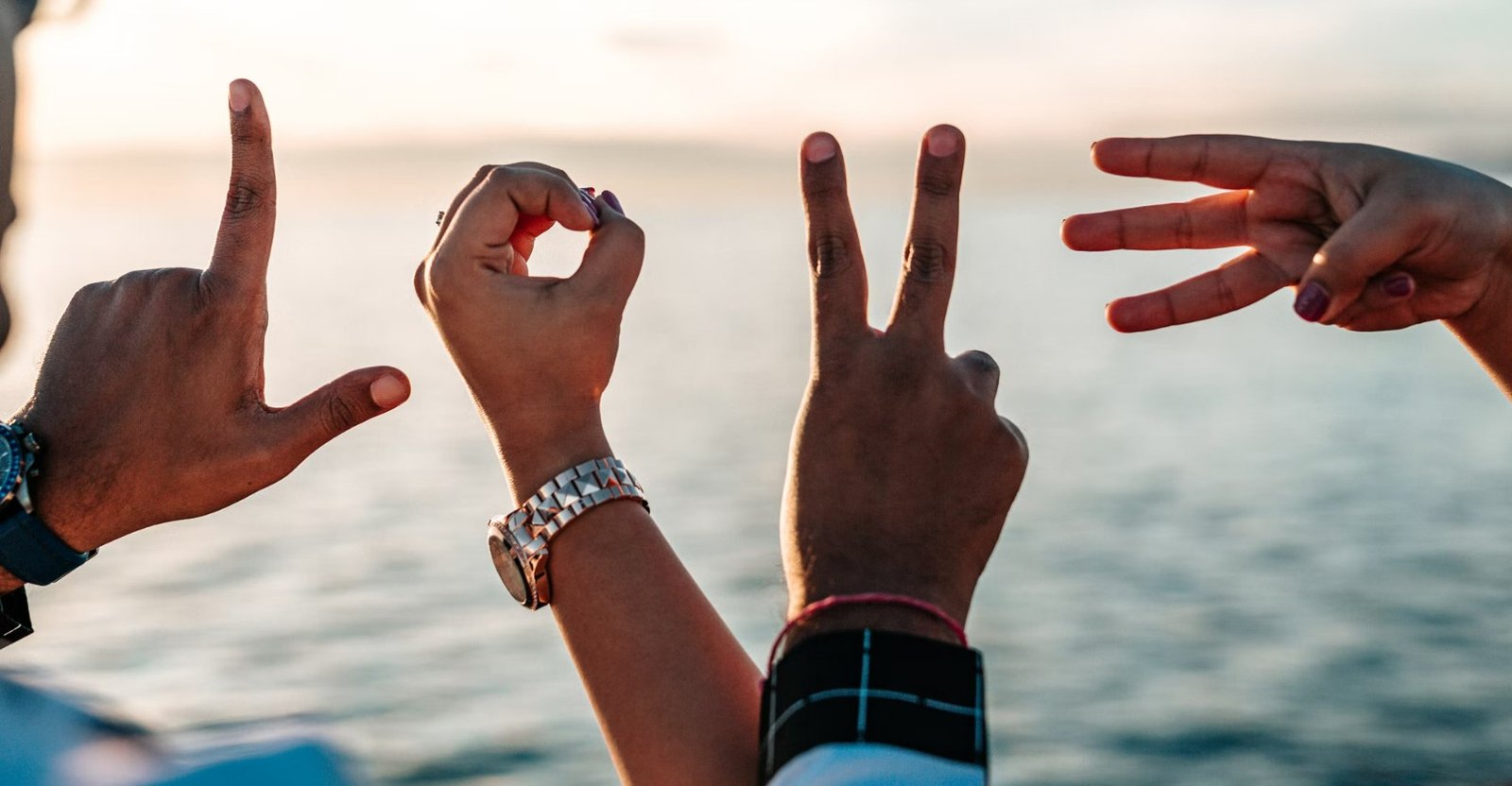 The most charismatic leaders and influencers know the importance of using hand gestures. There are three main types of gestures: illustrative, indicative, and emphatic.

This conveys what you’re trying to DESCRIBE, usually by using your hands to describe size, height, location, etc.

As an entrepreneur, you want to keep your thinking outside the box, and keep your gestures inside the box. The appropriate hand speaking space is usually between the chest and the waist, depending on the circumstances.

This is used to INDICATE, such as show, direct, point at, highlight, bring attention to, reveal, emphasize a point, etc. Try to show your palms, tilted to a 45-degree angle, to signal candor and openness.

When being truthful or forthcoming, people tend to use open gestures, showing their palms and wrists and spreading hands and arms away from their bodies.

This expresses FEELING and CONVICTION. It punctuates, reinforces, and lays emphasis on important parts of the message.

It’s a tricky type of gesture because once learned, we tend to overuse it. For example, if you’re giving a sales presentation or speaking to a large group, you should speak more loudly and more slowly while using larger visuals and more emphatic gestures.

With a small group, your tone and gestures should be more like those used in a normal conversation. 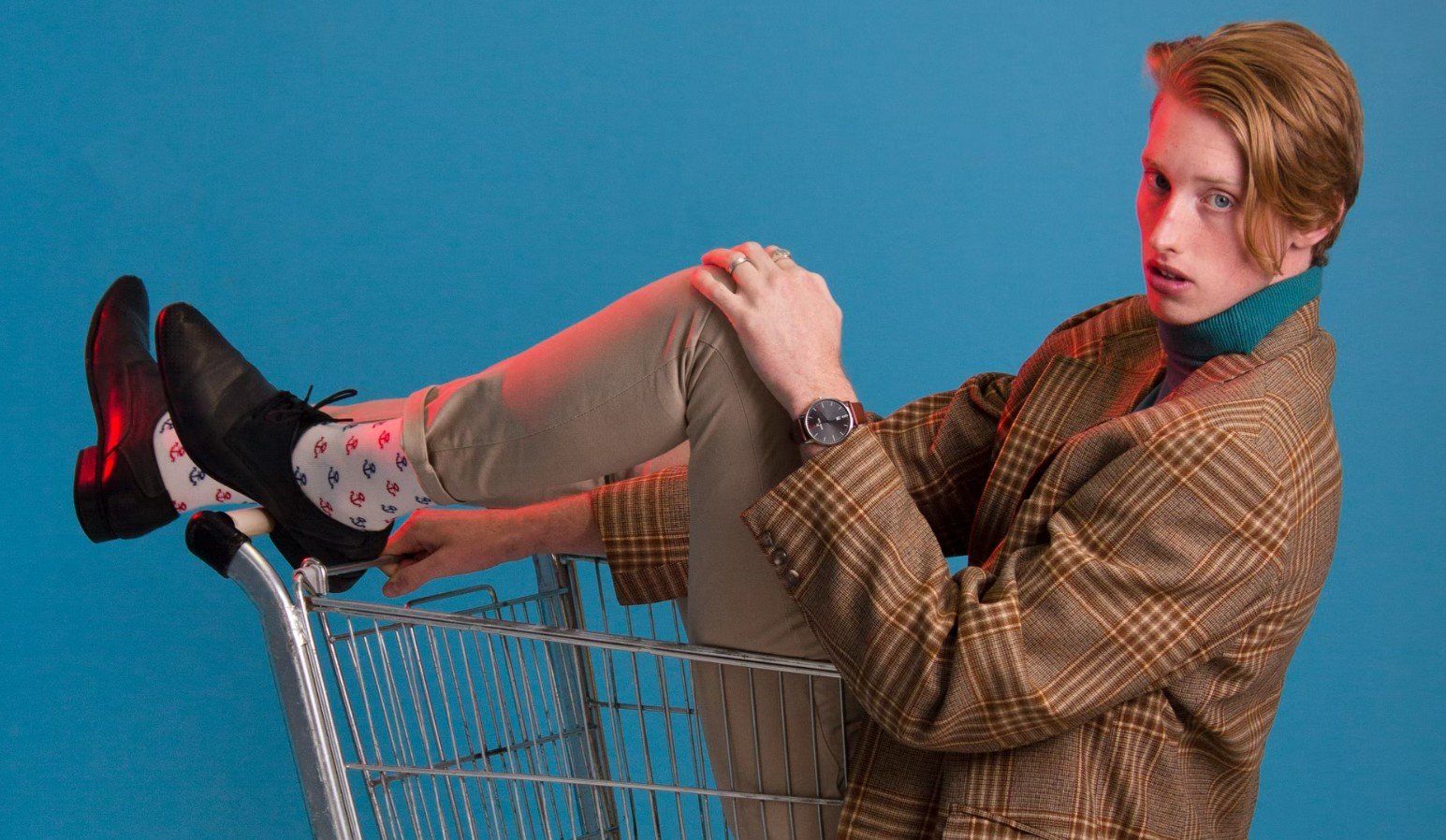 We all naturally tend to mirror each other. It’s called limbic synchrony, and it’s hardwired into our brains. Even babies do it before they are born, as their heartbeats and body functions take on a rhythm that matches those of their mothers.

As adults, we do it when we’re talking with someone we like, are interested in, or agree with. We subconsciously switch our body posture to match the nonverbal behavior of the other person, which signals that we are connected and engaged.

Mirroring—when done with intent—is an effective strategy in developing successful business relationships. It is a powerful technique to build rapport and is especially valuable because it increases an individual’s comfort level, particularly when dealing with resistance.

Mirroring begins by observing a person’s body posture and subtly allowing your body to reflect the other person’s position. If his or her arms are crossed, then slowly begin to cross your arms. If he or she leans forward, then you do the same. You can even mirror your client’s breathing patterns!

Mirroring is a proven method, and the key here is to be subtle. In a business setting, when you notice the other person mirroring you in return, you will know that you have developed mutual rapport.

This aspect of body language centers on INTENTION. When you move with intention, it means that you know and understand the reason why you are moving from one point to the other.

To give off an impression that you are confident, you must make intentional moves so that you do not become aimless. When used effectively, your body movement can support your message. There should always be a reason why we do the things we do and this should reflect in how we approach business interactions. 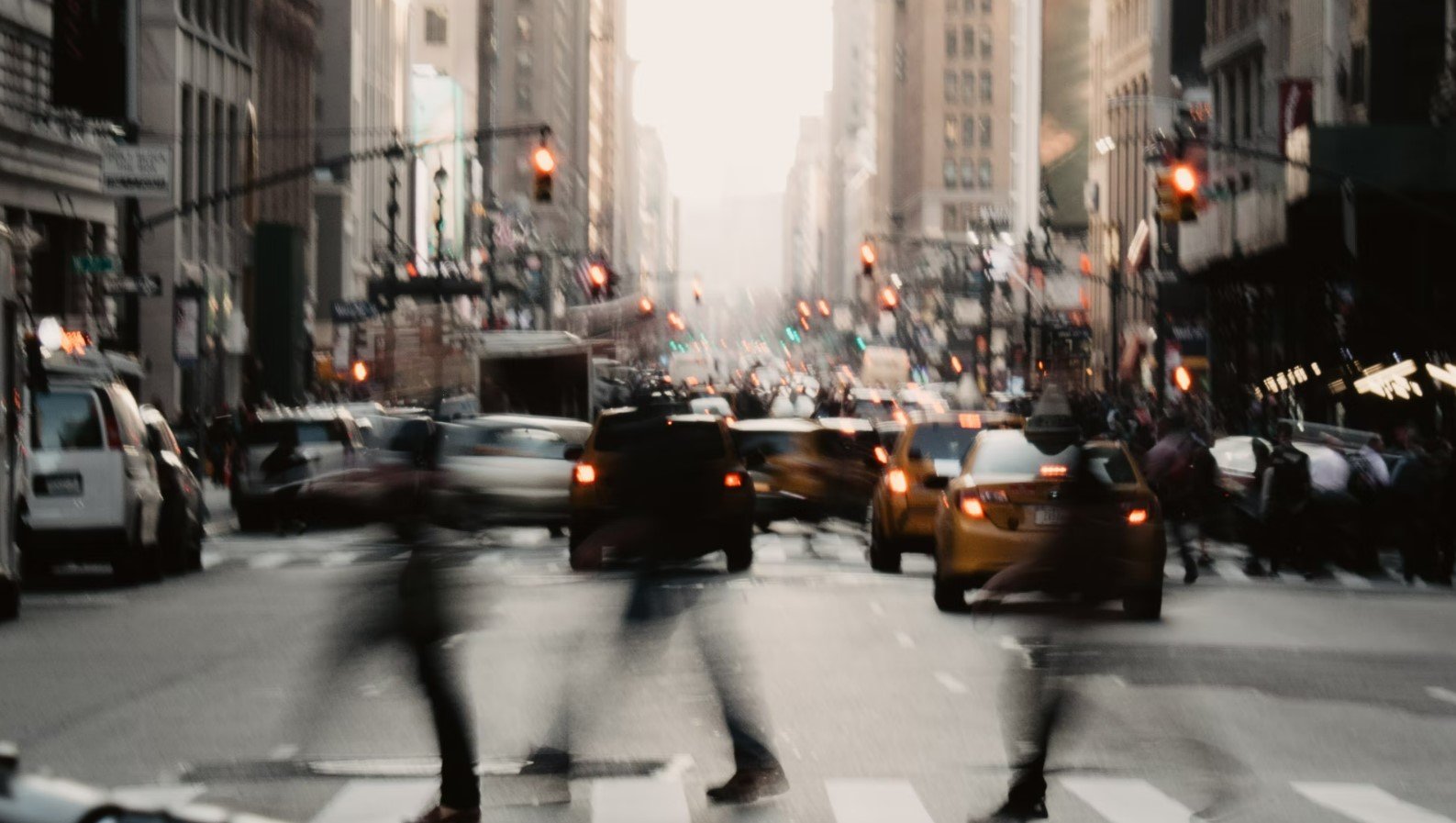 It is important to be aware of your body movements and ensure they are not distracting from the delivery of your message during interactions.

For example, avoid swaying back and forth, pacing from one side to the other, and moving your hand repetitively, as your audience will focus on the movement rather than what you are saying. That being said, you don’t need to think so hard about it! Try your best to have natural body movements, as planned and mechanical body movements will only be distracting.

Are you worried about being too self-conscious? Grab your phone, make a video of yourself speaking, and review the recording for distracting, repetitive movements. Practice will make you much better, guaranteed.

Numerology – A Brief Guide with Examples

800+ Most Common Idioms and Phrases

Most Commonly Used Synonyms for IELTS

8 Types of Parts of Speech with Examples

800+ Most Common Idioms and Phrases

100 Useful Books to Read Before You Die

Most Commonly Used Synonyms for IELTS